In a literature review published in the December 2020 edition of Cancers, researchers from GenHotel (University of Évry-Paris Saclay, Genopole) have shed light on certain aspects common to rheumatoid arthritis and cancer.
Read the article > 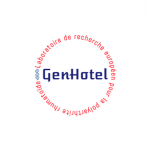 They showed that in both pathologies, metabolic reprogramming appears to occur in the cells responsible for the structural framework of tissues, the fibroblasts, which resultantly take on an aggressive phenotype.

The GenHotel team hypothesized that this reprogramming provides a way for the fibroblasts to survive in the toxic cellular environment provoked by the diseases, but also ends up contributing to it. The laboratory is launching another study to elucidate the phenomenon, which could prove to be a target for novel therapies.

The role of connective tissue is to support, separate and ensure exchanges between the organism’s other tissues. The most abundant cells in the connective tissues are fibroblasts. These latter modulate the composition of the extracellular matrix and regulate numerous physiological processes. They build the tissue structural framework, called the stroma, and play essential roles in the healing process.

Fibroblasts can also undergo a type of transformation, called metabolic reprogramming, in response to certain stimuli and thereafter show a more aggressive phenotype.

Similarities between rheumatoid arthritis and cancer

Metabolic reprogramming is critical for transitioning fibroblasts from a state of quiescence (rest) to one of activity and aggressiveness. In their literature review, GenHotel Associate Professor Anna Niarakis and PhD students Sahar Aghakhani (Paris-Saclay University) and Naouel Zerrouk (CIFRE SANOFI) showed that fibroblasts associated with rheumatoid arthritis and those associated with cancer present comparable metabolic reprogramming. Notably, in both cases, glucose metabolism is increased.

In cancer, metabolic reprogramming in fibroblasts is associated with progression and therapeutic resistance, and in rheumatoid arthritis, it contributes to disease chronicity and acute joint inflammation.

A hypothesis: fibroblast adaptation to toxic conditions created by disease

In their work, the GenHotel researchers hypothesized that these diseases create a similar toxic cellular environment—within the affected joints in rheumatoid arthritis and around the tumor in cancer—that favors this reprogramming toward fibroblastic activity and aggressiveness, which, in turn, increasingly amplifies the pathological processes. They then went on to suggest systems biology approaches as a pathway to a better understanding of the complex mechanisms underlying metabolic reprogramming in this setting.

Supported by a PhD grant from Paris-Saclay University, the GenHotel team is launching a study to compare and better understand fibroblast metabolic reprogramming in rheumatoid arthritis and cancer, especially as concerns the regulatory pathways for glucose metabolism.

The team is specialized in systems biology and bioinformatics. It develops systems biology modeling approaches and molecular interaction maps to study complex diseases. Their methods build upon advances in transcriptomics, proteomics, metabolomics and immunometabolomics. With such tools, the team is able to not only precisely describe cellular biochemical pathways but also perform in silico simulations of perturbations caused by such factors as inflammation, hypoxia, reactive oxygen species, etc., notably as concerns fibroblasts in the present settings of rheumatoid arthritis and cancer.

Illustration: Role of fibroblasts in pathological processes and the progression of rheumatoid arthritis and cancer 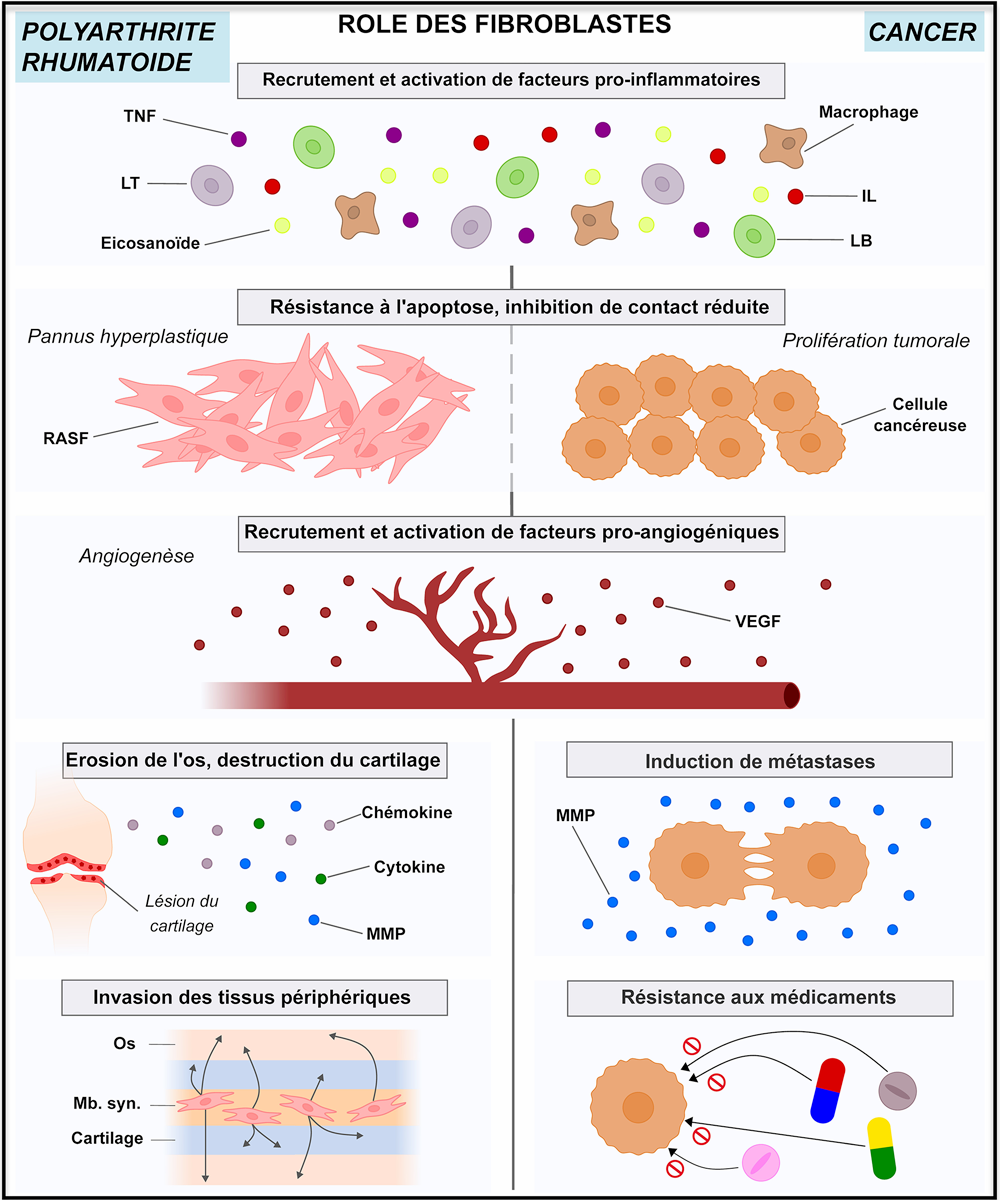 A cellular model to recreate the human muscle-nerve system

Researchers from I-Stem, IPSEN and LMN have conceived a cellular muscle-nerve model to test the therapeutic potential of botulinum toxins in vitro.

Filling the gaps in the banana’s genome

Sysfate at Genoscope has combined image analysis and genomics to create MULTILAYER, a tool to digitize biological tissues and organs.

A gene therapy for Charcot-Marie-Tooth disease has been shown to be efficacious in an animal-model study cosigned by a research team created through Genopole support.

Its French affiliate arrived at Genopole in 2011 and to mark its 10th anniversary in France, the company invites you to participate in monthly activities to be held throughout 2021.

Seeing in high resolution at the Structural Biology Platform

With the support of Genopole & the University of Évry and to enrich its technological offer, the Structural Biology Platform has acquired the Opera Phenix Plus high content screening (HCS) system.

Submitted by Genopole and its on-site partners, the ApogeeBio project for research grants has been selected by the European Commission for Marie Skłodowska-Curie Actions co-funding (MSCA-Cofund-2020).

AB Science has been announcing a series of positive results concerning the efficacy of its product, masitinib, in such pathologies as multiple sclerosis, severe asthma resistant to oral steroids, COVID-19 and amyotrophic lateral sclerosis.

A team from the Genomics Metabolics Laboratory (Genoscope – CEA/CNRS/University of Évry) has developed a bioinformatics method for environmental genomics analyses able to identify species and associations of species.

A Genethon team has successfully inhibited immune response to adeno-associated virus vectors, and in so doing, opened potential paths for treating more patients with gene therapies.

The objective for this latter is to build a sole referential comprising the totality of scientific knowledge on SARS-CoV-2/human-host interactions and thus contribute to the identification of therapeutic possibilities.

A team from the Genopole-accredited Laboratory for Analysis and Modeling in Biology and the Environment (Lambe) has developed an experimental technique to study cell membrane nanotubes. These largely unknown structures play an essential role in cellular biomolecule transport.

Toward the industrialization of gene therapies -Polytheragene

Polytheragene is developing a polymer that will improve upon the current market standards for the production of viral particles for therapeutics. The polymer will be used by Genethon and Yposkesi to enhance the bioproduction of gene therapy vectors.

Jean Weissenbach, a pioneer in France for the exploration of the human genome and a scientific icon at Genopole, talks about his career in an interview published 18 March 2020 in CNRS News.

A team from the Laboratory for Analysis and Modeling in Biology and the Environment (Lambe – University of Évry/University of Cergy-Pontoise/CNRS) used a natural aerolysin nanopore to successfully identify 13 of the 20 amino acids that make up proteins.

Discover
View all >
With the support from