The Groupement d’intérêt public (GIP, a form of public-private partnership for missions of public interest) Genopole continues to serve thanks to the unfailing support of its 12 members, five of which are fund providers. The GIP has policy and scientific strategy bodies to guide the assurance of its missions.

The biocluster receives stable support from a number of public entities (French State, Île-de-France Regional Council, etc.) who contribute significant funding for investments in and the functioning of shared-use technological platforms and the teams serving Genopole’s labs and businesses.

It also deliberates nominations to the Committee for Science, Innovation and Industry (CSII) and elects the president and vice-president.

The CSII is composed of qualified persons with particular competencies in Genopole’s fields of activity. Its members are approved by the General Meeting. The role of the CSII is to provide the General Meeting with opinions and recommendations on the scientific and industrial orientations of GIP Genopole. A seat on the CSII is accorded intuiti personae and the members act in strict independence of their affiliations. 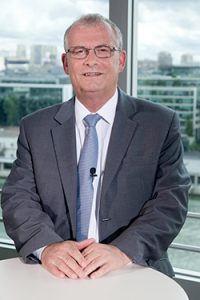 From 2015 to 2021, Christian Lajoux was  president of Medicen Paris Region, a world-scale competitiveness cluster dedicated to innovative technologies for health and new therapeutics.

He has also served as president of the Carnot Committee since 2014.

Earlier in his career, Christian Lajoux held several posts within the Sandoz Group—now Novartis—before joining Sanofi in 1993. There, he was successively Chief Executive Officer of the French subsidiary, president Europe and president of all Sanofi activities in France.

He was president of the French Federation of Healthcare Industries (FEFIS) and, as such, member of the executive committee and office of MEDEF (France’s largest employer federation), wherein he leads the health committee among others.

Christian Lajoux is currently president of IFIS, an institute for health industries training.